BORIS WILL FALL ON HIS SWORD.

Boris supporting his half-wit Dominic Commings will end up with Boris falling on his sword as his party is now in open rovlt over his political advisor. 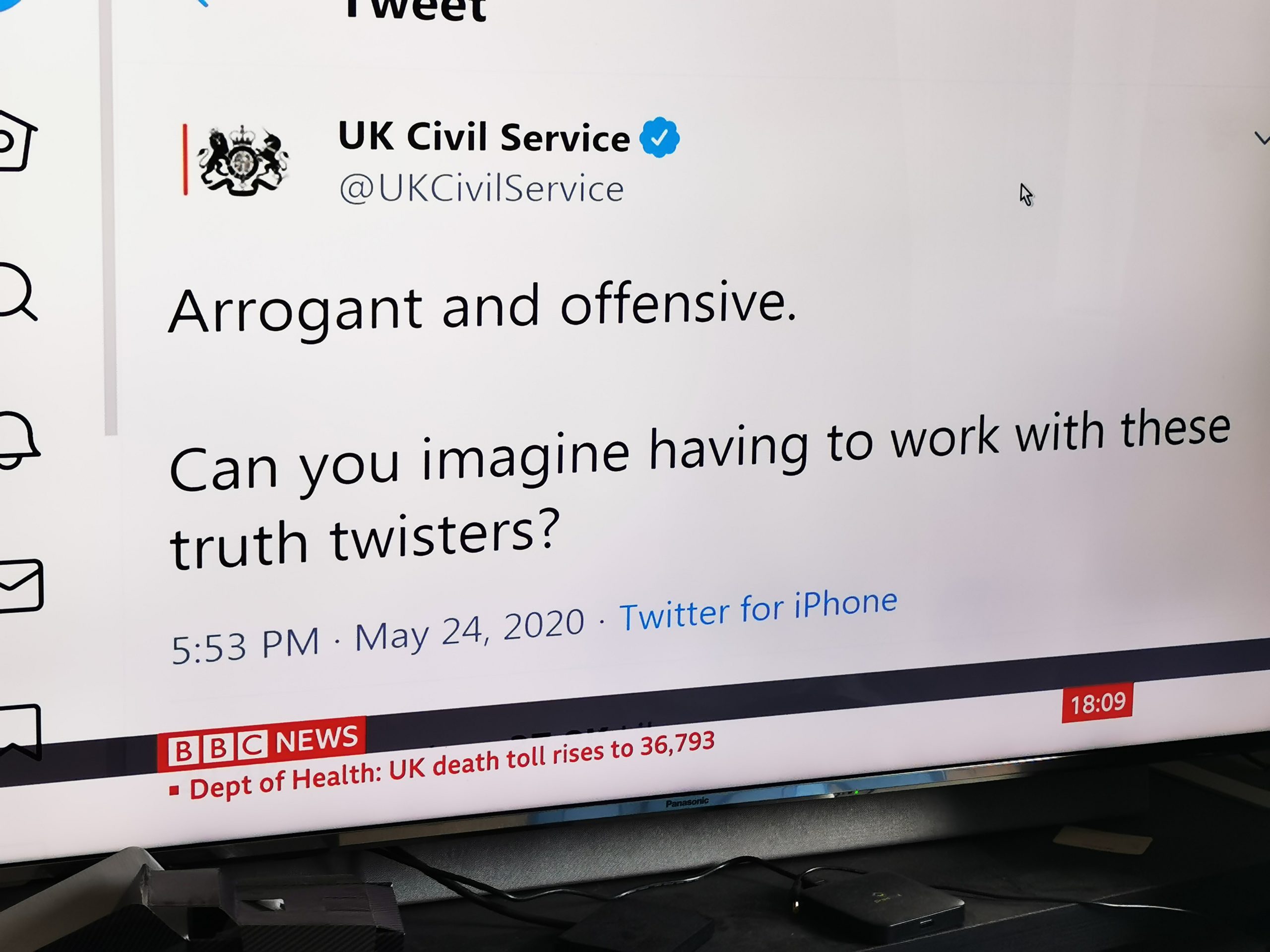 MP Grant Sharpes tried as hard as he did to defend the numpty Commings failed so badly Commings and Co would have been better off saying nowt!

Of course theres now a new witness that has emerged that bah-heed Commings was seen yet again 30 miles from his lockdown location and the witness wrote down his personal car number plate.

Boris has just went on air claiming he did nothing wrong well well bye, bye Boris you can pack your things next week along with the guy that has really run the Government as everyone can clearly see!

Civil service tweet about un the image looks like the writing is on the wall for Boris and Commings.