Around March 2021 the Leeds Probate Office issued James Beresford letters of administration for the executer of 32 Hoole Road Chester and after several attempts by Mr Beresford to get this granted to him he finally succeeded but today we can reveal he point blank lied to the Leeds probate office?

James Beresford solicitor a wealth manager and probate partner at BLM Law Manchester told the Leeds probate office this said property only had a value of £450,000 when all along knowing lying to the probate office the minimum selling point was 750k and that was a final settlement from the Liverpool probate court settlement of December 2019.

Of course he kept the same valuation as the first remover executer Mr P. Bartlett of Bartlett’s Chester he to produced a stupid valuation figure of 450k back in 2015 how crazy do these two solicitors thinks we all are its obviously price fixing at an industrial scale?

So six months on a new Liverpool court Judge has ordered that this property can’t sold than £750,000.

So its only taken poor James 7 weeks kicking and screaming to actually comply with the court and instruct the fantastic Cavendish Estate agents one of Chester’s premier estate agents who thinks the property is worth substantial more makes one surely wonder why both price fixing law firms BLM Law and Bartlett’s of Chester only wanted to sell it for 450k by SDL Auctions back in May 2021 other than price fixing with no legal defence must surely put massive pressure on the Leeds probate office to remove these Letters of administration.

The proof of the pudding that the beneficiaries were right to challenge James Beresford and P Bartlett has now been vindicated fully by the listing by RIGHTMOVE Here.

So to further prove this websites assertion they both tried like hell to sell this property on the very cheap (price fixing) we can prove it very simply by showing you how they tried to destroy its true value of over £1m and don’t forget we have written proof Beresford was told by Bartlett to reject 2 offers of £1m pounds and Beresford agreed and we can also prove he never even made contact with either buyer one of which is an international automotive leader that is consult anting with his international lawyers.

Both these lawyers should be struck off as they are a danger to wealthy elderly estates in the North West of England, the whole point of being an executer is BY MAXIMISING ONES ESTATE VALUES NOT TO RIP DECEASED LOVE ONES ASSETS AND SELL PROPERTIES ON THE CHEAP ONLY TO THEIR OWN FRIENDS AND ENABLERS WITH NO LEGAL DEFENSE!

Bartlett is now doing the same thing to the house owner at 30 Hoole road next door claiming her home is only worth £400,000 where its a semi detached house which incidentally shares 28 Hoole Road that’s just sold for £740,000 which is basically a mirror image we kid you not through Bartlett’s Matthews enabler Mr Horner yes we have it all in writing FOR ANY REGULATION BODY WISHING TO VIEW IT including the police but no-doubt M Ankers a Senior police Detective that uses Bartlett’s and his family members in this case will have something to say about that which only goes to show how deep this all goes. 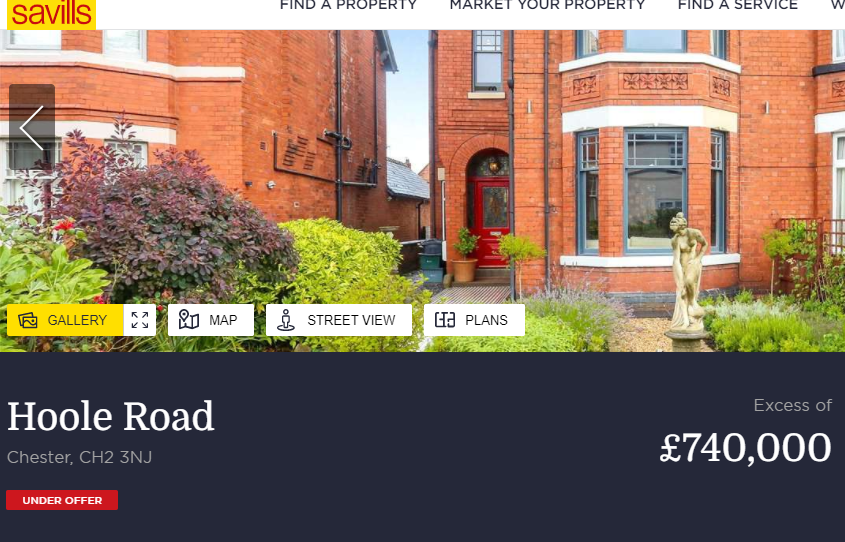 Price fixing in estates is a criminal offence but just not for them it seems, well not yet?

So here’s the proof of just how good these two clowns really are one is a legal 500 and senior STEP member that seems to get all the protection from the courts as a head of state the size of Russia should expect, well so far!

The above sale in 5 days really screws both these clowns legal arguments, yes 28 is a great property but we all know its not about cosmetics its about future development potential, thats all that really matters here and these 2 clowns knows it!

Now before they start jumping up a down like professional clowns would heres what they tried to market number 32 as and would you trust these clowns to sell your parents estates??? 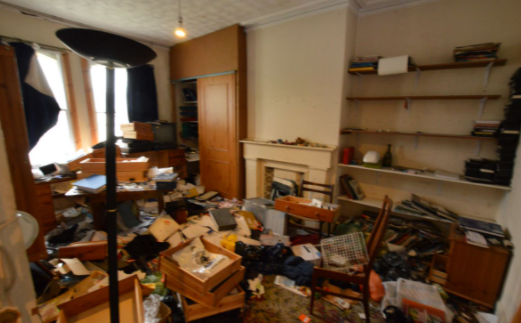 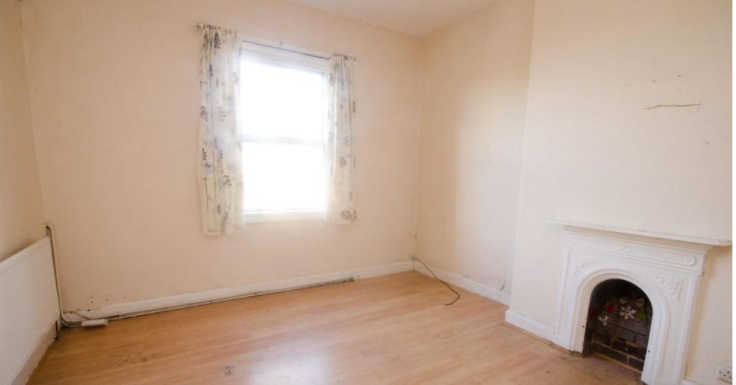 Night and Day proving BLM Law and Beresford can not be trusted with your estates NOT then, NOT now, NOT Evermore or some are going to be very sorry indeed! 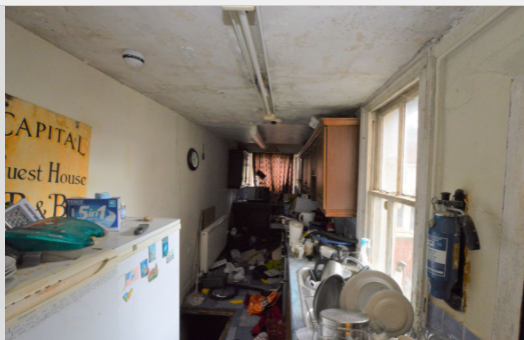 James Beresford had no shame but after being caught price fixing with Bartlett of Chester had a change of heart, to little to late he’s already damaged the footprint of this estate and someone with foresight is still going to getting a bargain of a lifetime all down to 2 price fixing clowns. 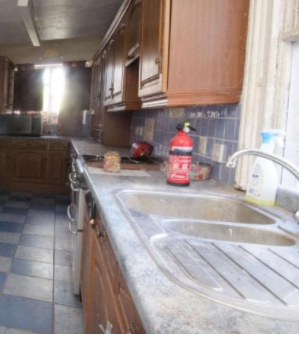 What a difference James, well done its only taken you guys nearly 2 years.

So the first attempt to sell it was for £450,000 but SDL Auctions according to a FOI refused to sell it cheaper and listed it for a guide prices of 525,000 but other vendors in their partnerships listed it between 450-500k here’s proof of that below and they got a live 500k bidder that no-one knows naff all about probably a FAKE BID to generate interest or perhaps it was the fear of a London court ruling sell it for less than 750k and its a damages pay out that convinced SDL they were being locally sold down the the PRICE FIXING RIVER by two hapless clowns! Either way they GOT COLD FEET and Deleted the live auction very swiftly all in writing of course! 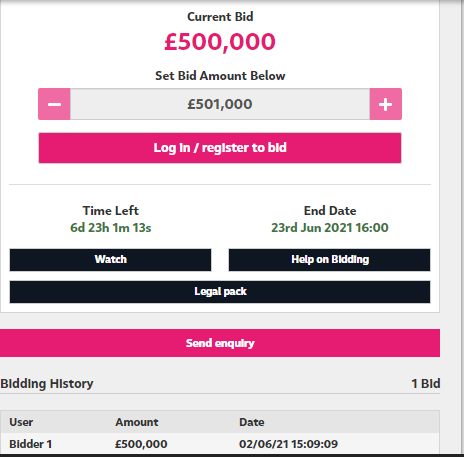 They hate this proof of price fixing at a much lower price that the Leeds Probate Office and current Liverpool courts cant ignore breaching previous court orders by at least 250,000 is a serious offence and if the main beneficiary said nothing and raised no court actions would anyone be any the wiser but these clowns might have been a lot richer or perhaps their friends would be and they might still be unless the courts do the right thing?

I think our readers will be thinking the same as us how on earth did the Leeds probate office trust this so-called probate and wealth manager a million miles near this said estate, we think they knew full well this property was indeed in the process of being PRICE FIXED but after getting an alleged fraudulent RICS valuation report by A.L at Charles Parker Bennett in Preston yes 65 miles away from Chester and saw a valuation of £345,000 that Beresford has included in a legal bundle with no surveyors signature got caught then issued another RICS document signed by AL then that was doctored at the top it was GAME OVER and these CLOWNS KNOWS IT and still trying to defend themselves is just crazy legal shenanigans beyond belief!

Heres a complete comparison of 28, 30 and 32 Hoole road Chester they don’t want anyone to put together. 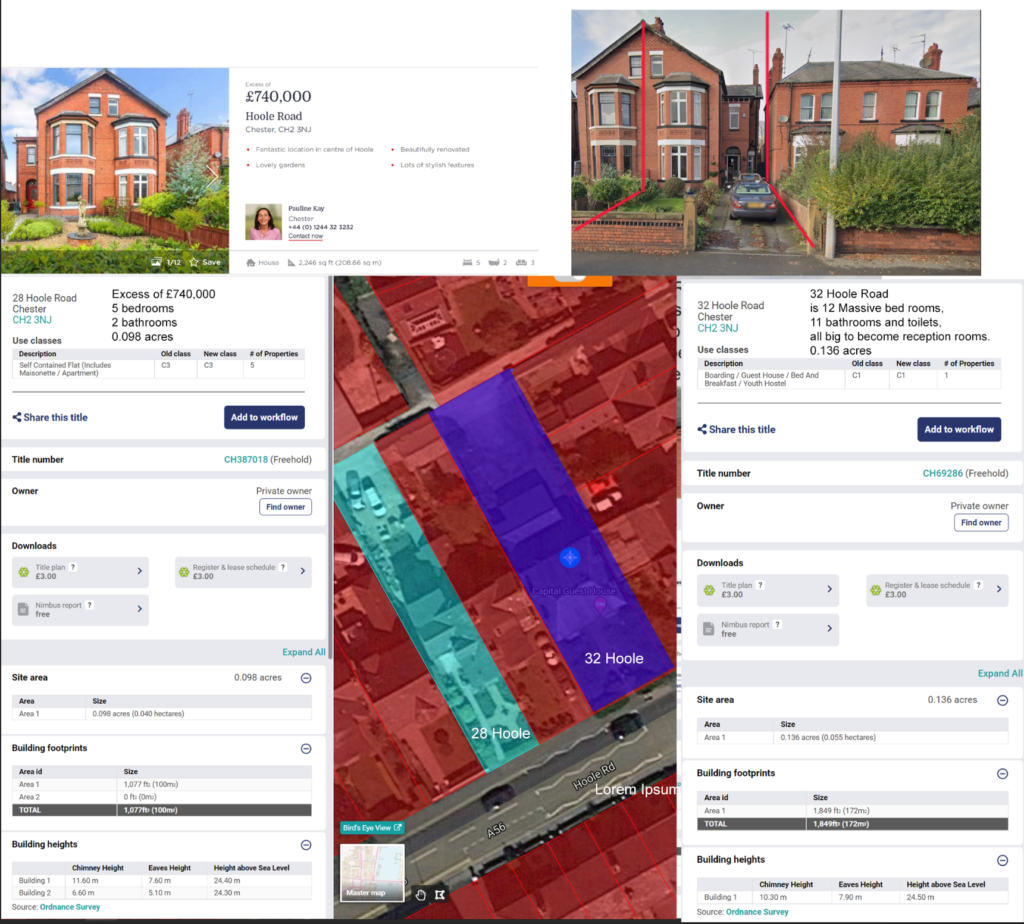 32 hoole road is the colossal HUGE property on the right, the tiny half size 28 has just went under offer for offers over £740,000 the property in the middle 30 basically same size Bartlett says 400k nothing like a good old PRICE FIXING at play here???

But everyday our case gets stronger and more Northwest Estates are coming forward and it seems things are only going to get much worse for the many clowns out there preying on the elderly and bereaved but we are still here doing the right thing, I guess that’s the freemason spirt in us all coming to the fore once again and never backing down.

If you tell the truth one has nothing to fear!